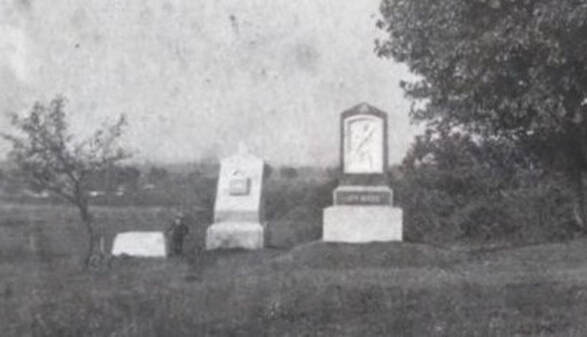 The 15th, 19th and 20th Massachusetts Infantry monuments in their original position along the southern edge of the Copse of Trees. The "Pudding Stone" intended for the 20th Massachusetts has not been placed.
While walking along the line of monuments on Cemetery Ridge I noticed a group of stones that were flat, of equal size and in a somewhat rectangular pattern. My first instinct was, is it the remains of a foundation of a now gone monument. I then remembered the 20th Massachusetts Infantry monument, dedicated in October of 1885 was once located in this area.
Three Massachusetts regiments (15th, 19th & 20th) originally had located their monuments just south of the Copse of Trees. During the fighting on July 3rd, these regiments moving "by the right flank" left their original positions facing the oncoming Confederates. They would assist in the repulse of Pickett's Division near the Copse. It was this final position, near the Copse where these regiments wanted to place their monuments.
Other regiments that had been involved in the fighting near the Copse wanted to locate their monuments there. It became apparent there was limited area for further additions. To solve this problem the Gettysburg Battlefield Memorial Association (GBMA) in 1887 ruled that monuments must be erected along the line held by their relevant brigades. This new rule would require the relocation of these three Massachusetts regimental monuments. Today, these monuments are placed in positions facing west along their brigade line before they would move towards the Copse. 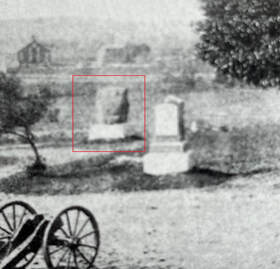 On the adjacent image, I have outlined the 20th Massachusetts "Pudding Stone" Infantry Monument. This image shows the original location of the monument. "The regiment has erected a monument on the spot where they helped drive back the men of Pickett's division. "The base for the Twentieth Massachusetts monument is all ready in position on the field to receive the huge boulder.... it will be conveyed to Gettysburg at no distant day."(1) When dedicated, the Pudding Stone had not been placed on the base. An additional image below taken with the 69th Pennsylvania Infantry monument show the 20th Massachusetts Monument in the background.
1 The Boston Globe (Boston Mass.) 10 October, 1885

​After doing a little research this is my hypothesis:
When the monument of the 20th Massachusetts Infantry was relocated to its current position the original stone foundation was never removed. Because of the size of the lower granite base more than likely it sat flat on the stone foundation that followed the contour of the surrounding area. In other words there was not a prepared mound for the base to sit on. It appears in the image's a dirt mound was placed around the perimeter of the base most likely to hide the stone foundation.
Although this is only my thoughts and opinion, I can see no other reason why this formation of stones would be located where they are. I am not sure if we will ever know for sure but interesting to think about.
I have included additional images of the stone "foundation." Also my friend Robert is standing in the "dip" where the stones are today. Keep in mind these stones have been here over 137 years. I'm surprised they still exist. 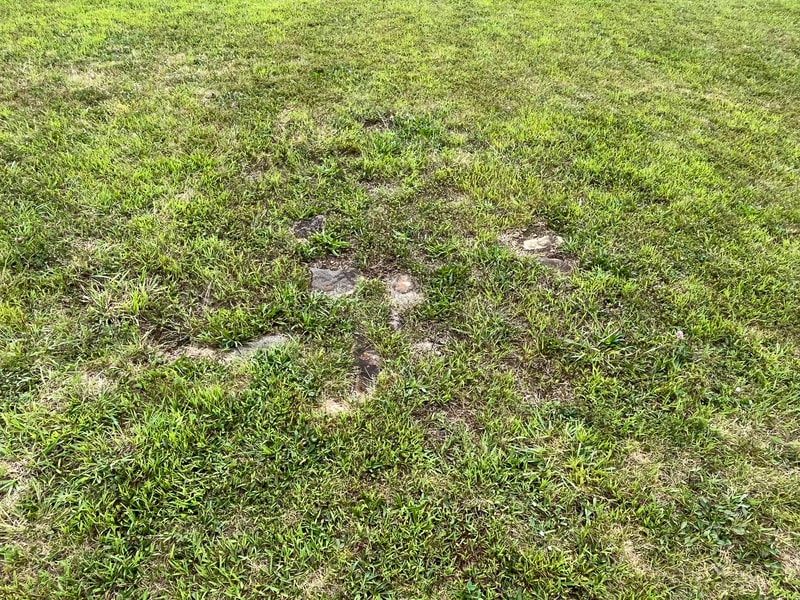 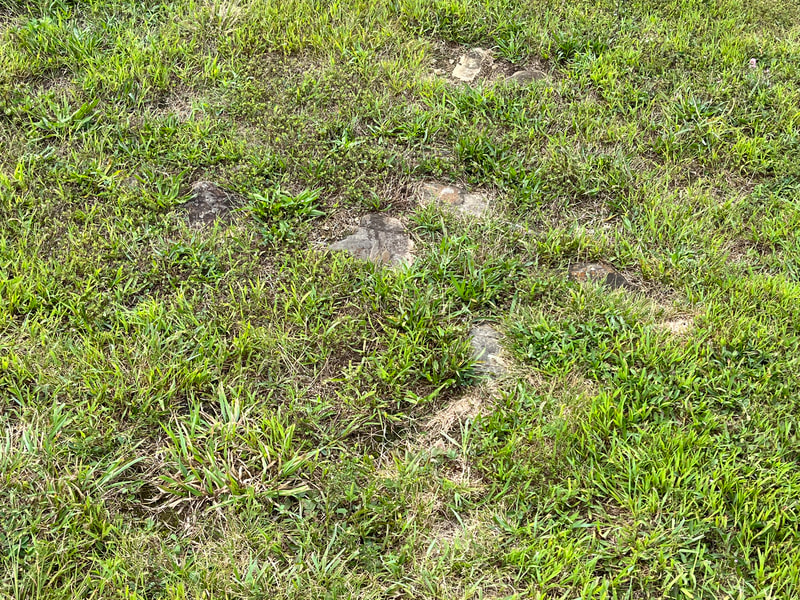 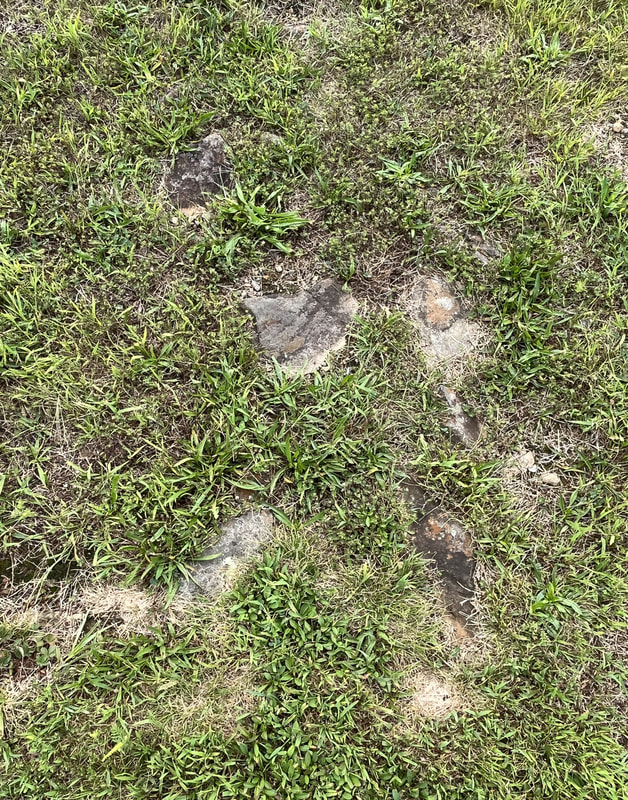 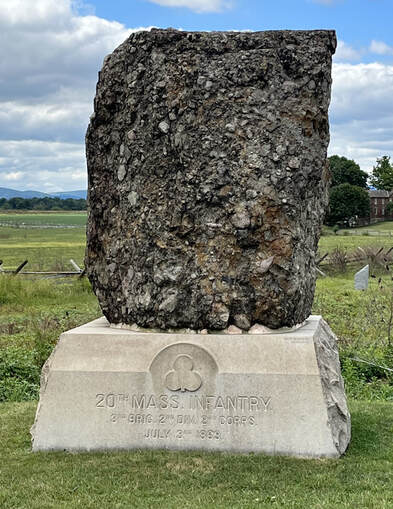