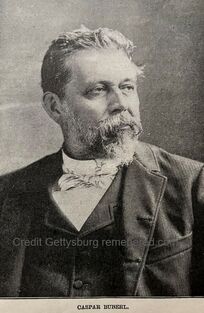 "He has put up more soldier monuments than any other man who ever lived....his public commissions have been so numerous that one marvels how he has had time to fill them." So wrote  L. Vital Bogy in Once a Week ​magazine published in May, 1894. A section of this paper titled American Sculptor  featured several sculptors including Buberl.
Born in Bohemia, Buberl studied art in Prague and Vienna. In 1854 he would immigrate to the United States and continue his education under sculptor Robert Launitz. Buberl would eventually open his own studio located at 500 East 140th Street in New York. Credited with many works throughout the United States, Buberl would also put his hands to work at the request of New York veterans that fought at Gettysburg. Although Buberl would create many memorials and bronze reliefs at Gettysburg only a few of his works are signed.
Below are just a few examples of Buberl's bronze statues and reliefs found at Gettysburg.

​Monument Location Alert!
There is some dispute that the monument does not accurately mark the location of Captain's Smith's 4, 10 pound rifled Parrots. In an 1888 visit to the location of the monument General Henry Hunt and Smith were discussing the battle. While the two were standing on a large boulder Hunt would comment to Smith "If you had placed your pieces down where the monument stands, I would have arrested you for incompetency." ** Its only an assumption but the guns were more than likely located on the crest to the west. **Devil's Den A History and Guide Adelman and Smith
Monument Question!  If one looks carefully at the canteen located at the base of the relief the letters "RdK" can be seen. The 41st NY Infantry was known at the "DeKalb Regiment." This regiment was named in honor of Revolutionary War Hero Johann von Robais, Baron de Kalb. The letters on the canteen may honor "Regiment de Kalb" or "Robais de Kalb." its your guess.
It was noted in the 126th New York Infantry monument dedication booklet that the "portrait of Col. Sherrill was modeled by C. Buberle, sculptor, of New York and cast in bronze by the Henry Bonnard Bronze Company of he city of New York."
​Caspar Buberl's largest memorial at Gettysburg, the New York State Memorial. 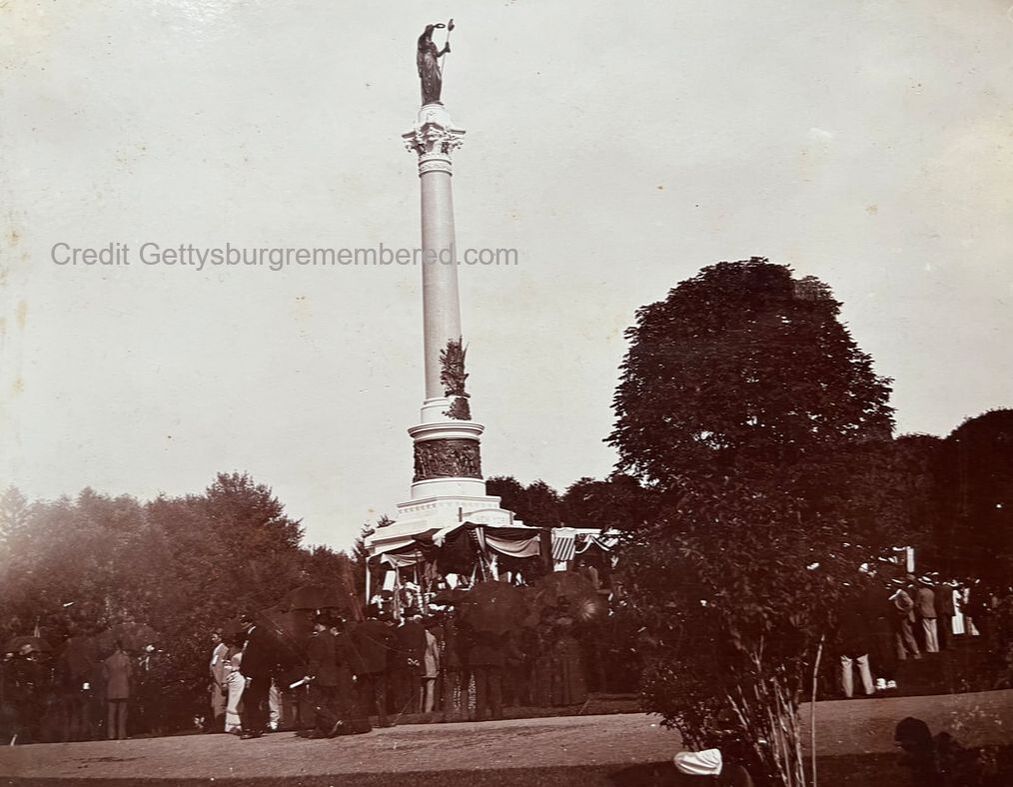 Dedication Day of the New York State Memorial, July 2nd, 1893. This albumen photo shows the speakers platform in front of the monument on a very sunny July day.